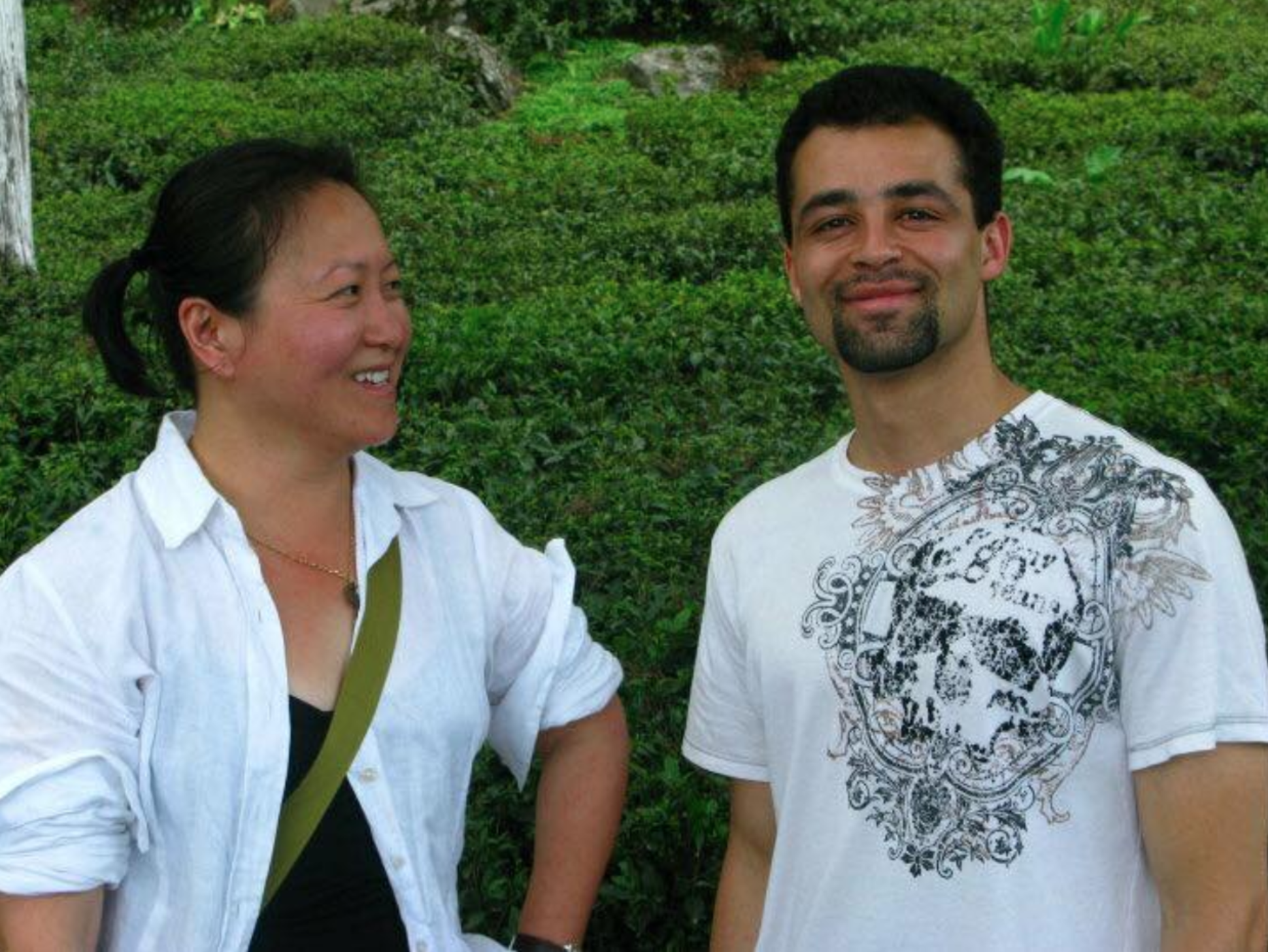 My name is Darius Moghaddam, aka "that tea guy," and for the past 16 years I’ve studied and learned the art and Way of tea, known in Chinese as ‘Cha Tao’. I trained under the great tea master, and founder of Teance Fine Teas - Winnie Yu - or as I like to remember her, "The Tea Saint." At 20, Winnie had moved from New York to study economics at UC Berkeley. Around the same time she began traveling to the high mountain tea farms in China, pursuing her accumulation of what would become one of the greatest wealths of tea knowledge I've ever encountered.

Unaware of the journey I was embarking on, Winnie led me into an ancient world of craft, artisanship, tea, skill, and wisdom... At first I just thought tea was cool. Years ago, at the original tea shop location on Solano Ave, Winnie would put us through tea making tournaments. She’d line us all up, would call out five random teas, and started the clock. We'd all have to steep each tea perfectly, with accurate measurements and proper water temperatures. The various teas also required different steeping vessels, which we had to have memorized from previous study. Everything also had to be displayed with a clean and zen-like presentation. Our dojo was the teahouse, our sensei was the boss, the ring was a ten-foot long cylindrical tea tasting bar, the art was tea... but who were we? What did we call ourselves?

Winnie later became friends with a local wine maker and sommelier named David Gregga. One day, during a tasting, he asked me what he should introduce me as. I just said Darius. He chuckled and told me he was aware of my name, but was interested in my title... what did they called someone who is a professional in the tea industry? The question caught me by surprise. I had never really thought about it before.

Wine had sommeliers, coffee had baristas, cheese had mongers... again this question nagged at me - what were we? I asked around the local tea community and realized a definitive title had not yet formed.

So what would it be, "Tea Master"? That is what many of the tea teachers I had met in China were called. But the connotation of ‘master’ wouldn’t fit in with Western tea culture. In this new paradigm no one person is the master or guru anymore. Individuals are led to look within themselves and find the master within. The same applies to the practice of tea. Practitioners with experience will always be needed to guide newbies on the path, but the master-disciple style relationship doesn’t fit any longer, nor was I a real Master like Winnie. What about Tea Sommelier? That also wouldn’t fit since wine sommeliers also have knowledge of, craft beer, spirits, coffee, even tobacco; while we just understand tea and maybe a hint about life. A cutesy name like tearista wasn’t befitting of the depth and presence carried by tea people. So what do we call all these people who practice the art of tea?

Slowly, it dawned on me. We don't have or need a title! We are simply practitioners of the art. People who dedicate their time, and develop their skills to come into deep communion with: The Way of Tea.

Curious, though - do any of you have any suggestions?

h
Heidi Dulay
Tea Master resonates. Nowadays, seems like a "master" need not be of guru status. Just in command of an art, an approach or even just a technique. Eg a qigong master, an interview master or a green tea master...
a
Alyce
Teavangelist!